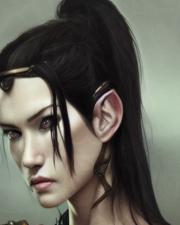 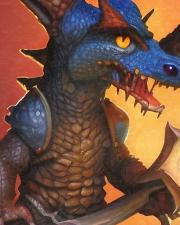 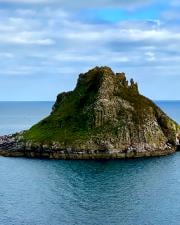 Are you wandering through Tamriel and looking for a cool Argonian name? Well, you’ve come to the right place! This Argonian name generator will give you plenty of fantastic Argonian names you don’t want to miss out on!

With several million possible results, this Argonian name generator is probably one of the best on the web. You’ll get authentic and cool Argonian names for male Argronians, female Argonians, and gender-neutral Argonians! (Yes, you’ll even get a fantastic name for a lusty Argonian maid! 😜)

So, what are you waiting for? To start, simply hit generate or enter your name to get your personal Argonian name!

Argonians are a race of lizard-like people who hail from the province of Black Marsh. They are known for their stealthy and agile nature, as well as their resistance to diseases. Many Argonians live in the swamps of their homeland but can also be found in the major cities of Tamriel, such as Windhelm and Riften.

The Argonians are a proud people with a rich history. They have their own unique language, which is written in Daedric script. Many Argonians are also proficient in the use of magic, and it is even said that some Argonian sorcerers are even able to transform their bodies into animals.

Argonian names can vary a lot. There are generally two types of names that Argonians use: Jel and Tamrielic.

Jel names are considered the classic Argonian names in the native Argonian language of Jel. Most likely, this name is what they refer to outsiders as their "Black Marsh name".

Normally, Argonians don’t have a Tamrielic name from the get-go. Sometimes, the Tamrielic name is just a direct translation of their Jel name; other times, it is given to them by outsiders that can’t pronounce the Jel name.

Because Tamrielic names are more often than not just translations and sound something like "Likes-To-Swim", we’ve decided that this Argonian name generator will only generate Jel names.

In general, there are three types of Argonian names. There are:

Are you looking for some Argonian name ideas? Here are some our name generator came up with: